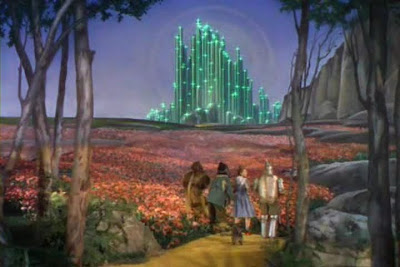 "Who knows what kind of wish someone might cherish..."
- from Andrei Tarkovsky's Stalker.

The Wizard of Oz turns 71 today. During those seven decades, the film has become one of the most discussed, loved and influential pieces in cinema history.
This is why it's so fascinating to discover the ways in which has influenced the works of world renowned auteurs in the most singular of forms.
From the obvious like Baz Luhrmann and George Lucas to the more avant garde like Kimberly Peirce and Akira Kurosawa, Oz has charmed its way into the hearts and subconsciousness of all kinds of artists.
It shouldn't be surprising then, that Andrei Tarkovsky's seminal Stalker is perhaps the movie that most resembles it structurally and aesthetically. 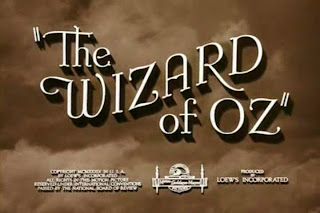 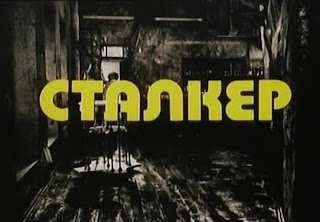 Tarkovsky was a master at exploring the metaphysical, the dreamlike and anything that had something to do with the machinations of the soul. When Stalker was released in 1979 Tarkovsky was 47, it's easy to assume at some point in life he had seen Oz and the similarities are not mere coincidences.
But let's start with those. 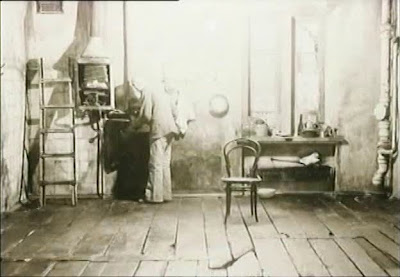 In a nutshell both The Wizard of Oz and Stalker are movies about an external quest that leads to inner discovery.
In Oz, Dorothy (Judy Garland) is taken by a tornado to a magical land, where the powerful title wizard will grant her one wish.
Joining Dorothy on her trip are a Scarecrow (Ray Bolger) who wants a brain, a Tin Man (Jack Haley) in need of a heart and a Lion (Bert Lahr) looking for courage. The four of them, and Dorothy's dog Toto, must endure perilous tasks and missions to have their wishes granted.
In Stalker, there is a mysterious place simply called "The Zone" where it is said your innermost wish is granted, this place of course is surrounded by military forces and danger.
The Stalker (Alexander Kaidanovsky) has become an expert in getting people into "The Zone" and on the mission we see in the film takes a Professor (Nikolai Grinko) seemingly trying to win a Nobel prize and a Writer (Anatoli Solonitsyn) who has lost inspiration.
They too must endure all sorts of peril given that "The Zone" is known for its capricious nature. 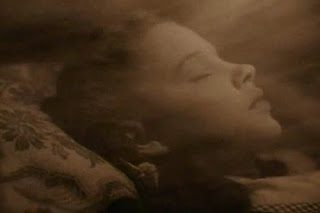 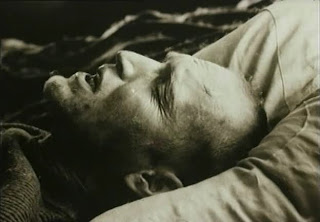 When I first got the idea for this piece, I did some research and found there was an article in GreenCine which pretty much did a thorough comparison of why the movies were similar. It seems that great minds think alike huh, so why not read that piece as well? Be warned though, the article contains several spoilers. 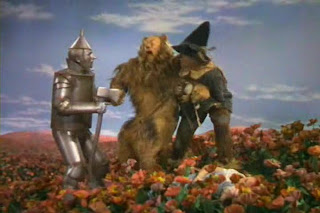 (The Tin Man, Cowardly Lion and the Scarecrow encounter immense danger in a poppy field before arriving to the Emerald City) (The Stalker, the Professor and the Writer get existential in a field before reaching "The Zone")

But what I'd like to explore goes beyond the aesthetic, formal and structural similarities between both films.
Sure both are divided in monochromatic, sepia sequences and lush vivid moments to separate the "realities" they deal with.
Both deal with dreams, wishes and the fear that comes when we see them about to materialize.

But more than an interpretation of The Wizard of Oz, Stalker gives it a new dimension by removing the main female character.
Under this reading, Stalker could very well be an alternate version of The Wizard of Oz, one without Dorothy.
There is a lot that can be drawn from the fact that both films refuse to give proper names to their three supporting male characters.
From the Scarecrow to the Writer, they are all merely known by adjectives mostly related to their work. With this they are not only robbed of something that would resemble an identity, they also become symbolic figures at their most basic form. 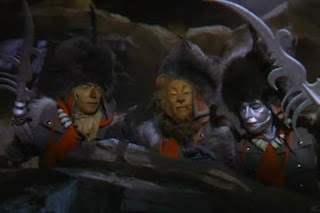 This is obviously intentional given that both the Stalker (if he is to supply Dorothy's protagonism) and Dorothy, have beings with proper names they use to link back to home.
The girl has her dog Toto, whom she refers to and talks as if he was the only connection she has to what she originally thought to be true.
The Stalker has his daughter Monkey (Natasha Abramova) who doesn't come with him but is often mentioned and most of the time is a mysterious figure who reminds her father about something he might've chosen to forget or ignore. 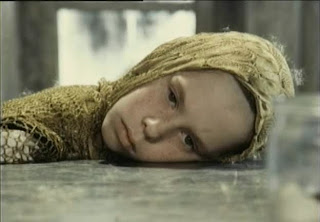 If we concentrate on Stalker we come to find that Monkey might very well be the Dorothy who stayed behind.
An alternate version of the perky heroine Garland played who might've missed the tornado and never got to realize her destiny.
When the movie ends we learn something about Monkey, probably no other character knows.
It's as if Tarkovsky is reminding us not only about the fact that the young female presence is essential to these plots but also giving us insight into the tragedy that would be for some art-forms to be altered.
"Mankind exists in order to create works of art" declares the Writer with absolute certainty.
It's also curious to see how Dorothy serves as a compass of sorts and her non-presence in Stalker makes the male characters seem lost at all times.
More than expressing some basic form of male-female complementarity, it seems to be saying something about the nature of the elements we carry with us. 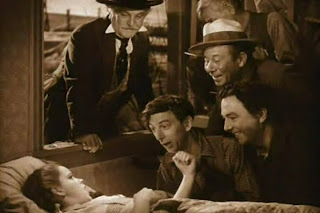 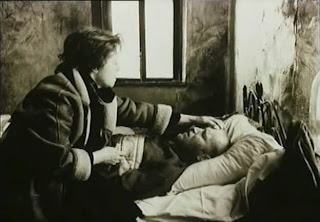 You might say that having Dorothy on board didn't make things any easier for the Tin Man, Lion and Scarecrow but at the end of Oz Dorothy has learned something about herself and the people in her world. She has found home.
The Stalker though remains the same, perhaps even more detached from a world he no longer recognizes and fully aware that magic might not be what he needs; after all he himself declares "everything that happens here depends not on The Zone but on us".
But where is his accountability for his own actions? Why isn't he able, like Dorothy, to learn from past mistakes? How many more times will he do this journey?
This eternal search for the Emerald City is what makes Stalker such a moving essay about traveling down the confines of the human soul, where yellow brick roads might not always point in the right way.


Which of your favorite classic movies has inspired another movie you love?
Posted by Unknown at 7:45 PM

Wow, wasn't expecting that comparison but you make a convincing argument:)

Makes me wanna rewatch Stalker - I only own The Mirror but I believe they're releasing a Tarkovksy collection here in the UK soon so may just wait for that baby.

Happy-Go-Lucky for some reason reminded me of Celine and Julie Go Boating - obviously the end but also the general playfulness.

I'm sure there are numerous others but minds a blank, any others for you Jose?

For me I'd have to go with "Vicky Cristina Barcelona" and "Jules and Jim" plus that heartbreak inducing duo of "Annie Hall" and "Eternal Sunshine of the Spotless Mind" which is technically the same movie but deconstructed.

I got an email from my dad earlier today telling me that the battle scenes in "Star Wars" were inspired by a war movie called "633 Squadron".

...oh also "Lost in Translation" and "Hiroshima Mon Amour"!
Although I'm sure Sofia likes to think her movie is more "In the Mood for Love".

I can see that...for me, another kindred spirit of Lost in Translations is the excellent Voyage (or Journey to or whatever name you wish to use!) in Italy

Also I guess There Will be Blood made me feel Kubrickan all over:)

Very nicely done, so I guess this means you have it easier at work since you're throwing out analysis like this. Obviously I need to see Stalker. I love how much you love The Wizard of Oz, though.

Burning Reels: true, with the whole angst and well being lost in translation literally thing, I love how Pedro used that essence to build "Broken Embraces" which also is a kindred spirit of "Blow-Up"...we could be at this for days huh?

Andrew: you must!
And nah, work is still work hahaha, I'd just been working on this post for a while now, back to short random things after this one.

We could indeed, although with the kinda underated Broken Embraces, I was mostly feeling Pierrot Le Fou due to all the self-referencing and in some hands this may be deemed pretentious but senor Almodovar sure is a charmer:)

What do you work as Jose?

You're very right on that! The self-referencing was a dealbreaker for some in this movie. I personally loved it and think it's one of Pedro's most underrated works.

I work as a content editor for a site. So I'm pretty busy most of the day and often too tired to watch movies and write after getting home from the office.

The programmer of the movie theatre where I watched this said that the sepia tone was not a deliberate aesthetic choice. Apparently the Russian studio wanted to sabotage the movie by giving him expired film stock, but the switches between the two colour schemes were ace.