While Watching the "Country Strong" Trailer...

...a few things caught my eye. Here they are in chronological order.

This whole moment featuring Garrett Hedlund (yowza by the way) and Tim McGraw was very Brokeback Mountain and for the first time I found anything that reminds me of that movie to be slightly sexy.

OMG it's Serena!
OK it's not but isn't Gwynnie doing her best Blake Lively impression here? Or wait, is Blake doing Gwyn all the time?

Totally reminds me of this... 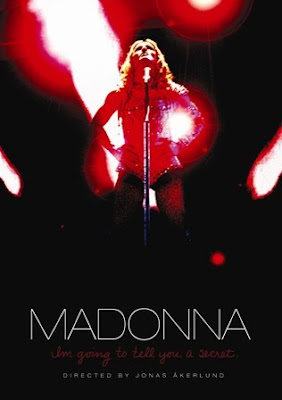 I was slightly worried that even if this movie is an obvious awards bait (already being touted as the female Crazy Heart) we didn't get the "Academy Award winner" title before Paltrow's name...
Usually movies aiming for Oscar, squeeze every AMPAS reference they can get out of their whole cast and crew. This movie therefore should have more of a "if you liked the two time Oscar winning Crazy Heart and Jeff Bridges Oscar winning performance you are going to love Oscar winner Gwyneth Paltrow doing something similar and singing soon-to-be Oscar nominated songs!" vibe, instead of just plain mentioning who stars in it.
For that matter I'm already dreaming of Gwyn performing at the Oscars, it never will happen obviously but wouldn't it be amazing if she did a number with her husband?

The hair is glorious by the way!

Watching Gwyn and Tim gave me a very dark thought...
Unconsciously I wished that Tim became a good luck charm for actresses to win an Oscar. Which means that for a second or two I was OK with Sandra Bullock's win!
What's wrong with me?

Finally "that's how it's done."

I'm incredibly excited about this movie even if country music doesn't really do a thing for me (I love the Dixie Chicks but country connoisseurs say they don't count...).
What are your thoughts? Is Gwyn back? Doesn't Leighton look magnificent? Where the hell did this Garrett man come from? Are you singing the title song already?
Posted by Unknown at 11:31 AM

I'm willing to give Blake Lively credit (like her few moments of not sucking in Private Lives of Pippa Lee) but most of the time she seems soooooooooooooooooooooooooo spaced out it's kind of scary.

But yay for Gwynn, and yay for Blair.

I don't know, you guys... this good could skew majorly silly if they're not careful. I mean, they're in good hands with Gwyneth, but the bulk of the trailer's content makes me nervous that it's supposed to be like the Martin McBride story or something...

Andrew: I knooow! And her voice OMG it makes me high.

Luke: true but I'm incredibly, almost obscenely biased when it comes to Gwyn. So this one truly has me drooling.