Motifs in Cinema: The Inevitability of Death 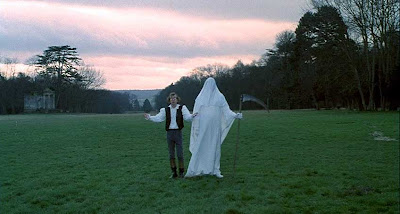 Motifs in Cinema is a discourse across 22 film blogs, assessing the way in which various thematic elements have been used in the 2012 cinematic landscape. How does a common theme vary in use from a comedy to a drama? Are filmmakers working from a similar canvas when they assess the issue of death or the dynamics of revenge? Like most things, a film begins with an idea - Motifs in Cinema assesses how the use of a common theme across various films changes when utilized by different artists.

"I am not afraid of death, I just don't want to be there when it happens." - Woody Allen

Death has fascinated the human kind since the moment of its creation. It has always been said that art was in fact invented as a way for us to defy mortality. What we create, ideally, remains forever. While movies have had a special fixation on what happens after we're gone (perhaps because filmmakers believe they can interpret the idea of an afterlife or earthly purgatory visually) 2012 gave us a roster of films in which death went beyond the limitations of our bodily existence and filmmakers realized that death might also threaten things that were once thought of as immortal. 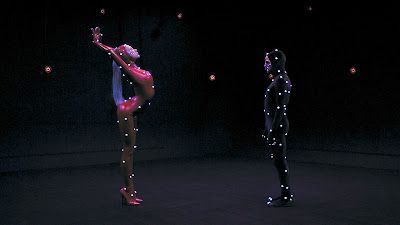 In the remarkable Holy Motors, Leos Carax brings up the eternal question: is cinema about to die? This question has plagued the art form even before it was thought of as an actual art form. Film, more than any other art, has always been plagued by accusations of fugacity. Why has literature or sculpture never faced such fate? What does paper - which is arguably as spoilable as celluloid - have that film doesn't? Carax observes this through the eyes of someone who's perhaps worried that the digitalization of our world might put an end to the photographic tradition, and as such the movie does a marvelous job in reminding us there is true pleasure in the idea of film, but it fails in achieving a sense of doom. Perhaps Carax wasn't attempting to discourage hope, he was just welcoming the beginning of a new era. 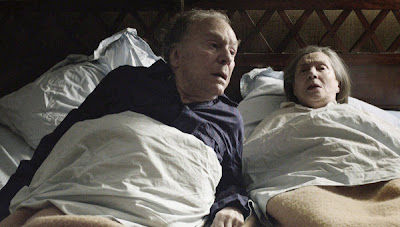 The death of tradition and old world culture is seen palpably in Michael Haneke's Amour, a film that deals with actual physical death, but isn't really about people, but about the passing of generations and the ideas carried by generations. The film's central premise wonders what happens to us when we stop thinking rationally, when nature deems us incapable of fulfilling the promise of immortality we've made ourselves and we are back to being basic creatures with animal needs who care only about survival. The film's "cruelty" is that it reminds us that not only are our bodies deemed to vanish, but also our creations. There is no enough culture, refinement or education that can save the movie's characters from vanishing, not knowing where they're headed and what was everything really about. 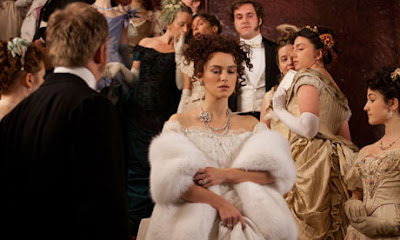 The death of love and traditional romance are studied by the wonderful Joe Wright, an uncompromising aesthete who has no trouble removing "emotion" when it serves a higher purpose. While I wasn't a fan of his Anna Karenina perhaps because I'm used to the more traditional readings of it which highlight the fiery passion and romance of Tolstoy's novel, I admired the way with which Wright reminds us that romance might only be a series of plays we put on to convince ourselves we are not cruel and wicked. His interpretation of Anna Karenina - as played by the incredible Keira Knightley - takes love to a level of intellectualism that punches us in the gut. By the time Anna jumps in front of the train we are convinced it wasn't an easy escape, it was her only one. 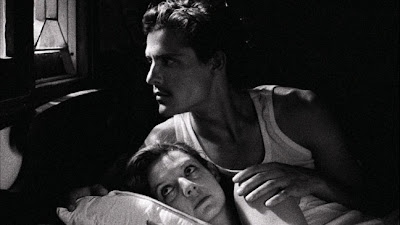 Like in Amour and Holy Motors, Miguel Gomes' Tabu explores the death of an era. The film could easily form a trilogy with the other two, each one envisioning the end of traditional aesthetic systems through a distinctive eye. In his gorgeous black and white movie, Gomes sees movie history played out in reverse: his film opens with a talkie and ends with a silent movie. We travel back in time as Gomes takes us to a state of "primal existence" where we go beyond the narrowness of "life" and are forced to become one with art. Can movies faithfully interpret lives? Are movies for that matter alive? Tabu easily convinces us that a movie too is a breathing organism subject to whims and emotional changes. Perhaps more significant is to realize that European filmmakers were observing art through similar lenses. Haneke, Carax and Gomes, all creators from different countries, contemplate the end through their own idiosyncrasies, all of them see life and art through the undeniable eye of post-colonialism. When across the ocean we were watching new filmmakers, like Chile's Pablo Larraín, explore life through the refreshing eye of new media (for what is No, if not a hopeful love song to modern life?) back in Europe, artists were obsessed with the end, trying to salvage the pieces they could before everything was just lost...have all these people been watching Melancholia too much? 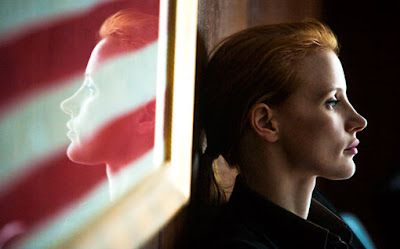 In the United States, a country which unarguably has mastered the commercial aspects of cinema more than the artistic ones, we got a devastating look at the end of an era as well, only this one wasn't marked by culture or art, but by economic and political power (2012 might've been the one year in recent memory where countries evoked their entire history through key films) In her glorious Zero Dark Thirty, Kathryn Bigelow wonders what happens to a country when a collective ideal has been fulfilled. What happens when you destroy the enemy? Where do you go from there? Wisely Bigelow acknowledges that she has no answers, but what she does with this isn't going against the American idea of patriotism as defending your country without being critical of its shortcomings, instead Bigelow might be one of the most important thinkers of her time. Her movie has been accused of many things, all of which have to do with peripheral details that really amount to nothing. No one in Europe accused Haneke of using torture, even if he has a manipulative record much more prominent than Bigelow's for example. With her ambiguous take on America as a nation on what might be its most significant threshold, it's a shame that Bigelow's ideas are received with torches and pitchforks instead of with open minds. In a society where ignorance and bliss have become one the death she announces in her movie might be more of an eulogy delivered a little bit too late.
Posted by Unknown at 2:30 PM 2 comments: